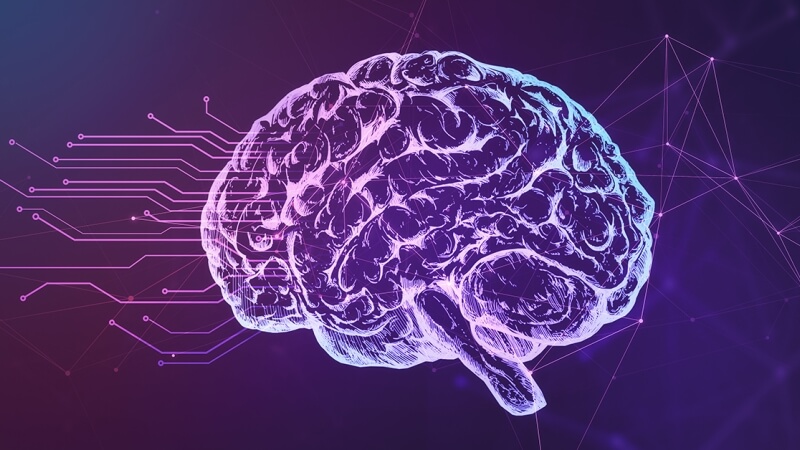 Watch any TV show or movie, and you’ll find yourself trying to uncover the personality of the characters and what they’ll do next.  Intuitively, we know that personality is part of what defines us and our actions. The introverted guy at the office chooses a profession and activities where he doesn’t have to talk much. The outgoing person speaks the most at meetings. It’s their personality that drives their actions.

Personality is perhaps the most interesting thing about a person, and intuitively we know that it influences one’s behavior. However, that belief was not always the case. In fact, up until 1965 people believed that personality could not predict behavior. In a seminal study, Michel (1965) concluded that based on the available research of the day, personality could not predict job performance.

However, the challenge inherent in Michel’s finding was that personality characteristics had been defined differently across researchers, and thus resulted in conflicting findings. For example, if one researcher defined Extroversion as being “socially outgoing,” and another defined it as being “assertive and dominant,” then Extroversion was really defined as two different things. It would then make sense that one study might predict sales success and the other would not. These types of studies ran amuck, with a given personality trait predicting job performance in one study, only to find that another study was inconclusive or had very different findings.

The key, of course, was to reach agreement on definitional rigor, and this required a taxonomy of personality on which all could agree. Enter the Big-Five. The Big-Five personality taxonomy enabled the clear definition of five core traits on which most researchers could agree – Extroversion, Stress Tolerance, Conscientiousness, Agreeableness, and Openness. Originating in 1883, it gained worldwide acceptance in the late 1980’s.

Under a single taxonomy, the personality characteristics that predict success could be studied and replicated across thousands of studies, and the findings conclusive. Common acceptance of a taxonomy could also enable the proper relabeling of traits from thousands of studies from prior decades, unearthing countless findings that drew similarly predictive results across large samples and a multitude of occupations and regions.

Conscientiousness, or work ethic, for example, has been found to be predictive of job performance across just about every position, job level, and region. What’s important about the latter point is that it’s not just the research that proves it; it is also intuitively what just about everyone knows. If you work harder, you have a greater likelihood of success. Work ethic is not a guarantee of success, yet it would be hard to argue that it does not enhance the probability and the magnitude of it. Across civilizations, work ethic – a personality characteristic – is touted as contributing to success. Whether it’s the ancient Chinese proverb: “No one who rises before dawn 365 days a year fails to make their family rich,” to the saying in the U.S.: “The early bird gets the worm,” to the seminal study by Barrick and Mount (1991), work ethic predicts job performance.

In recent times, the advent of highly predictive personality assessments has led some to focus on pop culture assessments (think Cosmo) that were never effective at predicting job performance. The Myers-Briggs (MBTI) is one that comes to mind. The MBTI is highly effective for marital counseling, because it provides insight into how a person perceives information. For example, when two people can’t get along because they never listen to each other, the MBTI can shed light on the fact that one person listens to facts and the other listens to emotional appeals. So, to communicate with each other more effectively, do more/less of that. However, these types of assessments were never designed to predict job performance. In fact, the MBTI is well known to be poor at predicting job success, and it’s not an understatement to say that most organizations should not use it for that purpose. Team building, yes. Selection, not a chance.

Success in a role is based on the characteristics needed for success in that position, and whether an individual has those abilities and motivations. After cognitive ability, work ethic is perhaps the most pivotal and ubiquitous predictor of job success. Beyond that, it’s oftentimes personality characteristics specific to one job or another. Empathy and customer service orientation for customer success roles. Sales ability and persuasiveness for sales positions. Safety awareness and willingness to follow directions for warehousing positions. The key of course is to understand the job, the characteristics that lead to success in that position, and to use assessments that measure those characteristics. For example, the Myers Briggs does not measure sales ability and persuasiveness, so it is not effective at predicting success in a sales role. In fact, the MBTI does not even measure work ethic.

The interesting thing is that personality is everywhere, and it’s of critical importance to every job there is. While cognitive ability may be the single strongest predictor of job performance, personality comprises just about everything else that’s left. The key is to use personality assessments that measure the characteristics needed for success in a given role. If you ever doubt this or are not sure how to determine whether a given personality assessment is predictive of job performance, just look at the technical report. A quality assessment provider can even prove the predictiveness of their assessment for a specific target job by running an analysis using data from your organization. Local criterion-related validation studies, such as these, prove the assessment predicts job performance at your company, and that people who score better on the assessment perform better on the key performance indicators (KPIs) of greatest importance to your business. In fact, it’s wanting to move the needle on those KPIs that is often the impetus for the selection process in the first place.

Similarly, black box algorithms are not common in testing. The few firms that use them are bad actors who cannot justify or explain the rationale for how their tests are scored. As stated earlier in this article, all assessments should have a rationale demonstrating their job-relatedness. Any firm that cannot share the rationale for what their test measures, should be avoided at all costs.

In terms of disabilities, the Americans with Disabilities Act (ADA) is clear in its guidance regarding the assessment of qualified candidates with a disability and the importance of employers providing reasonable accommodations. While screen readers and extended test times are a reasonable approach, there are times when not using a test for a given candidate is the most appropriate reasonable accommodation. Personality testing is not special or unique in its use for such candidates, although it does stand to afford them a better chance of sharing their strengths during a selection process, because the assessments are typically untimed and do not allow for unconscious bias on the part of hiring managers, who may inadvertently view individual differences during an interview as a negative, or unknowingly increase the weight they place on such aspects that are unrelated to the job. Testing avoids this potential pitfall by using established scoring approaches that are job-related and proven to be predictive of job performance, as well as fair across candidate pools.

Cognitive and personality assessments provide enormous value for candidates and would-be employers by identifying those candidates who are most likely to enjoy and succeed in their jobs. The result is new hires who get up to speed faster, stay on the job longer, and perform better. Assessments enable employers to have more transparent and fairer selection processes, systematically reduce unconscious bias in their selection processes, and enhance quality of hire, affording greater diversity, innovation, and overall performance, among happier teams who feel a real sense of purpose and personal fulfillment from their roles.

Brad Schneider
Dr. Brad Schneider is the VP of Strategic Consulting at Criteria. Brad leads many of Criteria’s Product Development, R&D and Consulting initiatives to provide clients with leading edge solutions that drive meaningful and measurable results. He holds a Ph.D. & MS in Industrial & Organizational Psychology.