How to Implement Diversity & Inclusion Programs That Actually Work 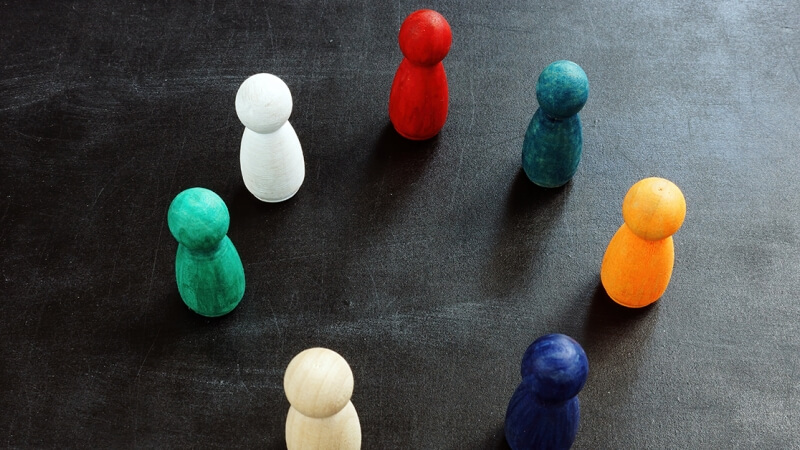 Diversity is a topic that is on everyone’s minds right now, but corporate diversity programs are nothing new. Nearly every large company (over 1,000 employees) in the United States has some sort of diversity program in place, according to research by Harvard Business Review. However, as of last year, 61% of U.S. employees attested to having witnessed or experienced discrimination based on age, race, gender, or LGBTQ identity at work. American companies currently spend nearly $8 billion a year on diversity efforts, but clearly, some of these efforts are still missing the mark.

So, why do certain diversity and inclusion initiatives succeed while others fail? In short: engagement and accountability. Tools like diversity training, grievance procedures, and standardized assessments are all integral to a successful D&I program, but only when used correctly.

Here’s how you can use these tools effectively to promote diversity in the workplace:

Diversity training is a critical part of any successful D&I program, but like pre-employment testing, it depends on how it is used. Knowing this, researchers from the University of Toronto set out to discover what makes employees receptive to diversity training. They found that, when employees were asked to read a brochure criticizing injustice toward blacks, their reaction depended on social pressure. When study participants felt pressure to agree with the pamphlet, their bias toward black individuals was strengthened. When they felt no such pressure, they were more receptive to the message and their bias was reduced.

Effective diversity training is suggestive, inclusive, and delivered over a long period of time. In addition, it is essential that managers reinforce this training, coaching employees when they see behavior that goes against company ideals of acceptance and inclusion.

Grievance procedures were developed as a means for employees to challenge pay, promotion, or termination decisions within an organization. Oftentimes, they are an excellent means of identifying biased managers and helping them overcome their bias. However, the Harvard Business Review found that grievance procedures can actually lessen diversity in the workplace. According to their research, the incidence of women and minority managers (excluding Hispanic men) diminished by within 3-11% within 5 years of a company instituting one of these programs. The cause? Employees becoming less vigilant about reducing their own bias because they believe these programs will guarantee fairness.

Another major issue with grievance procedures is retaliation. According to the Equal Employment Opportunity Commission, nearly half of the 90,000 discrimination complaints made to the commission in 2015 included a charge of retaliation. To avoid the issue of manager retaliation, consider instituting alternative complaint systems. Employee Assistance Plans (EAPs), ombuds offices, and transformative dispute resolution systems are three methods to consider in place of traditional grievance procedures. Neutral mediators can avoid the issue of retaliation and pave a path toward organizational change.

In addition to employing outside sources of conflict resolution, it is essential that you train your management on the importance of employee grievances to the growth of your organization. Assure managers that most complaints aren’t challenges or threats, but rather insights that can help your organization become more equitable.

Creating a truly diverse workplace starts with how you hire. It is essential that your organization eliminate unconscious bias wherever possible. Hiring tests are based on data rather than intuition and are an excellent means of reducing bias. However, they are only useful if the organization uses the assessments in a standardized and objective way.

For example, back in the 1950s, meatpacking companies used tests as a means of justifying their rejection of black candidates for higher-level positions. They claimed that black individuals had failed the test that would qualify them to become supervisors and then promoted white employees who had never been tested.

While this issue may seem archaic, it is not. For instance, a mere couple years ago, a group called The Silent Marketing Company deployed an assessment called the “snowflake test." This test promised to weed out “snowflake” candidates by asking questions like “How do you feel about the police?” and “What does faith mean to you?” Obviously, these types of questions are more likely to eliminate certain demographics than others. The first perpetuates racial bias and the second religious bias.

The snowflake test demonstrates the need for using validated tests - that is, tests that have been proven to measure for qualities that directly determine work performance. Only validated tests can truly prevent bias. However, even when companies deploy tests that are validated, they must be vigilant about how management uses these tests. For instance, Kellogg professor Lauren Rivera found that executives at consulting firms and investment banks cherry-picked which candidates were tested for positions. Friends of the managers were often hired without testing. Furthermore, women and black individuals who bombed their pre-employment test were scrutinized, while the poor test scores of white male applicants were largely ignored in the decision-making process.

To ensure that your organization’s pre-employment testing actually reduces bias in your hiring decisions, only use validated tests, make sure that every candidate is tested, and evaluate the results of every candidate equally. You can even go a step further and blind the applicant names on test results so that your hiring team is merely evaluating candidates on their performance, not their intuitions about that candidate.

To create a truly fair and inclusive work environment, simply instituting programs known to reduce bias is not enough. Engagement and accountability are key. Diversity training must be ongoing and reinforced, test must be validated and administered universally, and employee grievances must be met with understanding rather than insult. Most importantly, the results of your company’s efforts must be measured tangibly to ensure accountability. Set diversity goals, collect data, and compare results to other organizations.

Prioritizing diversity and inclusion is always the right move, both ethically and economically. McKinsey researchers found that companies that were in the top quartile for racial and gender diversity were generally more successful than their less-diverse competitors. Do the right thing for your employees, your culture, and your bottom line by creating diversity and inclusion programs that achieve real results.

Karli Kendall
As an avid writer with several years of experience in B2B marketing, Karli draws on her knowledge of SaaS and HR to share insights into current trends in the hiring space.