How Technology Can Help You Achieve Greater Diversity in Hiring 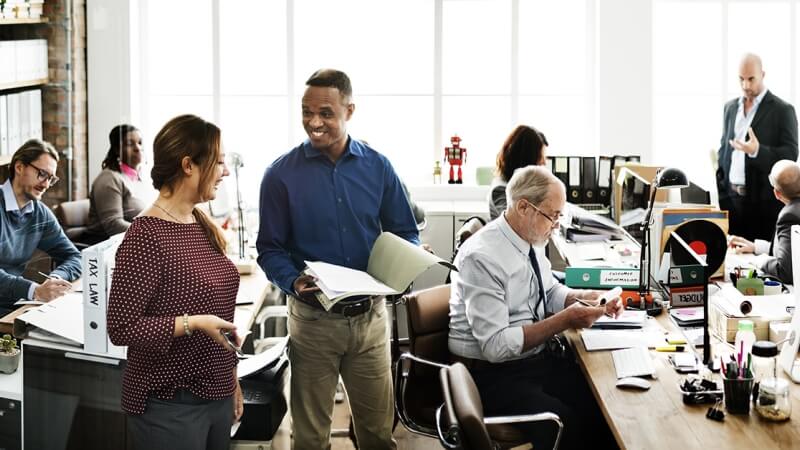 Technology, when used strategically, has the power to improve the hiring process in infinitely many ways. From speeding up the application process to enhancing the way we source and evaluate candidates, there are tons of HR tech tools out there designed to enhance our hiring efforts. But one often overlooked opportunity is technology’s ability to help companies hire a more diverse workforce.

Diversity has been a major topic in the hiring landscape for years, and while progress is admittedly slow, we’re seeing more and more technological advances emerging that can help companies achieve their diversity initiatives. Technology can serve as an objective tool for warding off some of the unconscious bias that inevitably creeps into the hiring process.

Here are a couple of ways technology can help, not harm, your efforts to hire a more diverse team.

One of the biggest impediments to creating a diverse workforce comes from the reality that sometimes different candidates get treated differently based on factors like race or gender. Most well-meaning employers don’t intentionally treat candidates differently, but this is where unconscious bias comes in – it isn’t done intentionally but the research is pretty clear that it is happening nonetheless.

This differential treatment can manifest itself in different ways – inviting someone from your same university to skip ahead to a later stage in the hiring process; taking someone’s references more seriously because they share something in common with you; or letting an interview go off-track with a candidate that you really like on a personal level. These sound like innocent things to do, and on a one-off basis they aren’t cause for alarm. However, when you add up all of these moments of preferential treatment, the research finds that certain groups are consistently getting excluded more than others from employment opportunities.

Intending to hire a more diverse team is one thing. Actually achieving it is another. One of the most common complaints when it comes to actually finding and hiring for diversity is that there simply aren’t enough applicants from certain groups. Take women in sales, for example. Women represent just 39% of the sales workforce, and many sales leaders make an effort to hire women in sales. But when women already make up a smaller percentage of the sales workforce, you’re less likely to get experienced women to applying to your sales roles. Which means you’re less likely to end up hiring women. It’s a cycle that’s difficult to break.

Technology can provide a way to identify candidates with strong potential who may not have the most extensive experience in the field. Pre-hire assessments, like cognitive aptitude and personality tests, are particularly adept at providing an objective measure of talent. In fact, cognitive aptitude is one of the best predictors of job performance in general, far more predictive than resumes or unstructured interviews. And personality can also provide a major signal of potential success, particularly in jobs like sales or customer service.

The toughest part of increasing diversity in certain fields is that underrepresented groups have a hard time getting their foot in the door, thanks in part to the accumulated effects of decades of unconscious bias. Relying on objective technology to provide measures of potential is one way to expand your applicant pool and open yourself up to some of the hidden gems that have been under your radar.

Sometimes the lack of diversity in certain fields like STEM, for example, is perpetuated by gendered language that crops up in job descriptions. The use of gendered language is, again, typically unconscious and unintentional, but it has an impact on your sourcing efforts by stopping certain groups from applying and being considered for the position in the first place.

There are several online tools out there that can check to see if your job description is more masculine or feminine. Many of them are free. If your goal is to improve the representation within your candidate pipeline, take a few minutes to run each job posting through one of these gender checkers.

But remember, these tools are likely not perfect, especially if they’re free, so be sure to think critically when incorporating their advice. (Personal example: my colleagues used a gender-decoder tool to check that a job description wasn’t too masculine or feminine, and the tool pinpointed the word “lead” as a masculine word. But it was a marketing role, and “lead” in this context meant “marketing lead.”)

If you want to go the extra mile to strip bias from your hiring process, blind hiring is one powerful approach. It essentially involves removing any identifiers about a person’s identity in the early stages of the hiring process so that you can decide who to invite to the next stage without being influenced by factors like gender, ethnicity, or age. Some of the most common identifiers are name and email address, but going even deeper you might want to scrub out elements like education, graduation year, and home address. Blind hiring doesn’t necessarily mean you have to extend an offer before ever actually meeting someone – in practice it usually just involves keeping things blind in the earliest part of the process. Ultimately there’s a ton of powerful research demonstrating how blind hiring does make a difference in promoting more equitable hiring decisions (starting with the classic example of blind orchestra auditions).

While blind hiring is a really great idea in theory, it’s pretty hard to successfully incorporate into the traditional hiring process. But technology can alleviate some of these challenges, by doing the work of “blinding” for you. This could involve automatically blinding out names and other identifying information for us. Without technology, blind hiring would be really hard to execute for most organizations, representing yet another way that tech can be harnessed to achieve our diversity goals.

AI is gaining steam as a powerful way to make the employee selection process run a lot more smoothly and, theoretically, a lot more objectively. There’s a lot of potential for AI to be able to identify talent and potential in an unbiased way. Unfortunately we’ve lately seen some high profile examples of AI that ends up creating even more bias than you’d find in a traditional hiring process.  While AI has the potential to reduce hiring bias, these examples demonstrate that AI itself isn’t the key to creating a more objective hiring process; it’s the way we design, implement, and monitor the AI to make sure that it’s serving its intended use.

AI has the potential to be used to achieve your diversity goals. It just needs to be used carefully. AI is only as good as its inputs, and before we trust an AI tool, we need to trust that the inputs used to design it are unbiased, objective, and predictive of job performance.