A large, publicly traded software company wanted to optimize the sales performance of its teams in order to drive revenue growth. The organization was interested in focusing on three roles:

All three of these roles involve interacting with customers, driving new sales or upselling current accounts, and ultimately driving bottom line revenue that fuels growth for the entire organization.

The organization conducted a study with Criteria to quantify the degree to which Criteria’s assessments predicted increased revenue generation for the three roles: AEs, AMs, and SAMs. Two assessments were selected for the study. The first was the General Aptitude Mobile Evaluate (GAME), which is a mobile-first, game-based assessment of cognitive aptitude. The test measures qualities such as critical thinking and learning ability, which ultimately impact how quickly a new employee can be trained and fully ramped, as well as the quality of their decisions and ability to solve problems.

The second was the Employee Personality Profile (EPP), a comprehensive personality inventory that evaluates how well someone’s personality matches with a particular type of role. Because all three roles are sales-oriented, Criteria used the Sales Match on the EPP to quantify each person’s personality fit within a sales role.

In the first step of the study, Criteria administered these two assessments to 120 of the organization’s current employees in the AE, AM, and SAM roles. From there, Criteria compared the employees’ assessment scores with the amount of revenue those employees generated per quarter.

Both of the assessments predicted job performance for all three roles: AEs, AMs, and SAMs. Most importantly, candidates who scored better on the GAME and EPP significantly outperformed their peers on revenue generation.

Account Executives who passed both tests averaged $60,000 in quarterly revenue, almost twice as much as those who did not pass both tests, who averaged only $31,000. 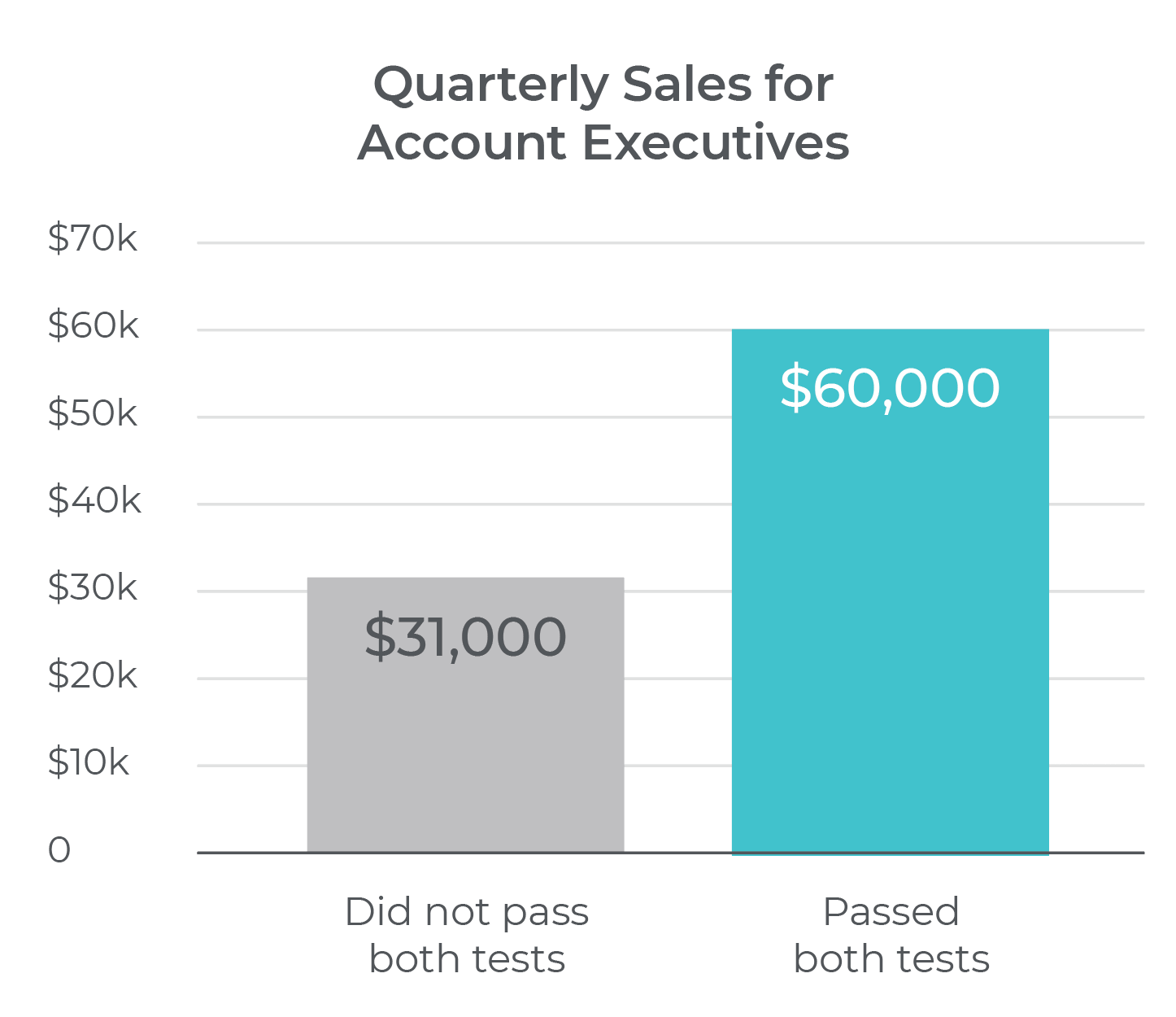 Account Managers who passed both tests averaged $79,000 in quarterly revenue, 70% more than those who did not pass both tests, who averaged only $47,000. 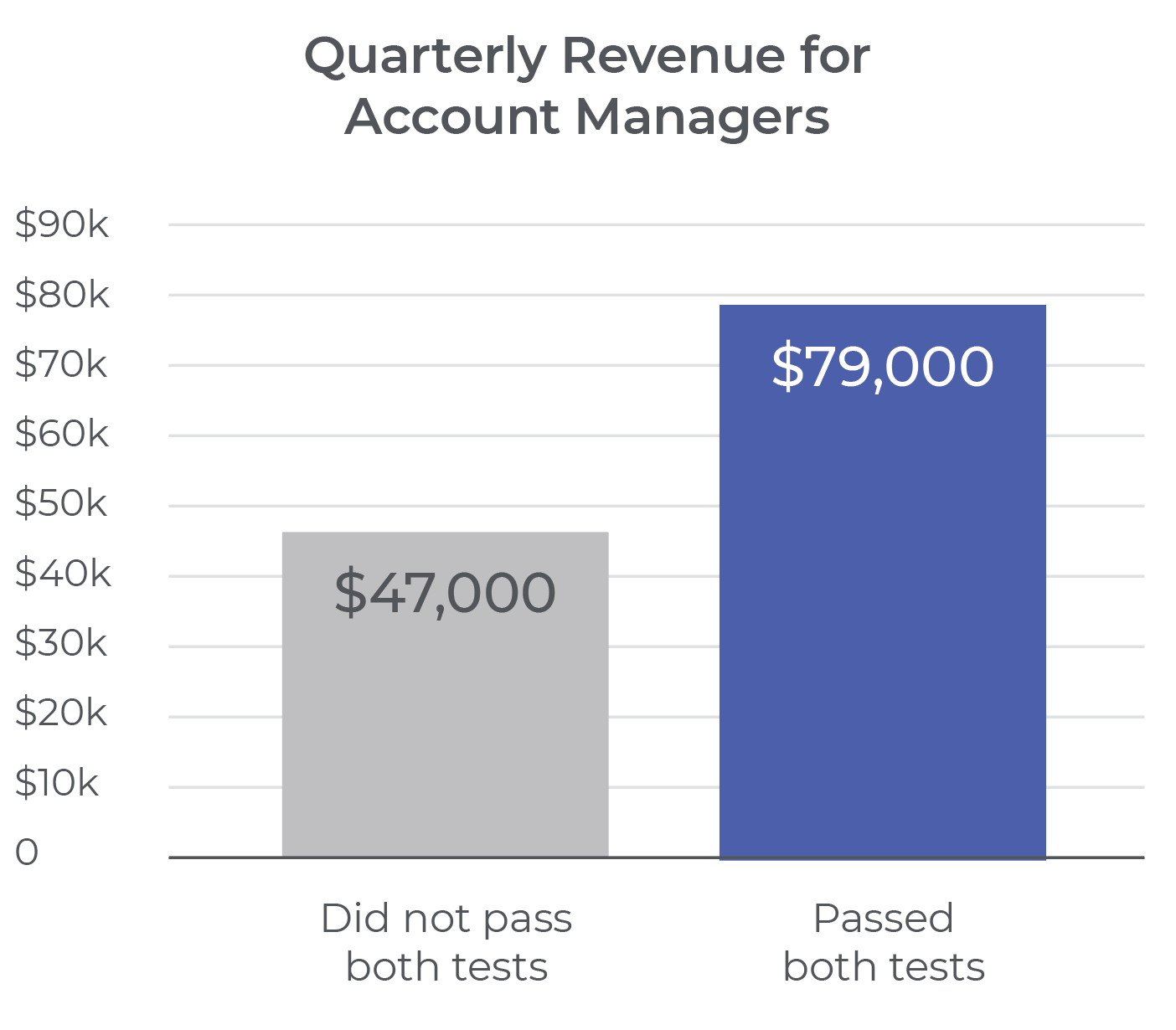 Strategic Account Managers who passed both tests averaged $386,000 in quarterly revenue, almost 4x as much as those who did not pass both tests, who averaged only $80,000. 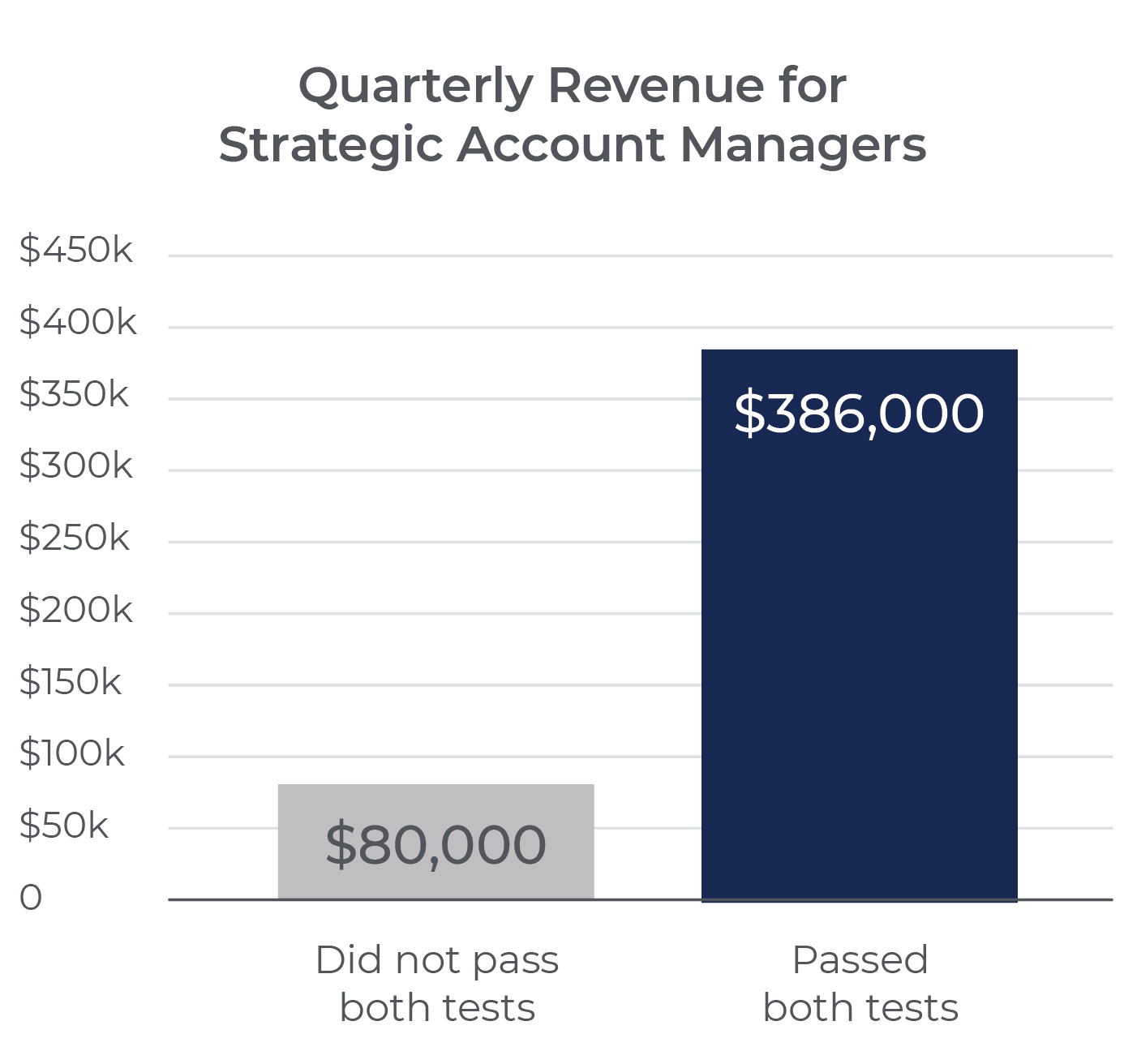 By the end of the study, the organization was able to establish appropriate cutoff scores for both the GAME and the EPP, and began to use both assessments to evaluate incoming candidates for these three roles.