A Texas-based market research firm was spending too much time and money hiring and training call center employees who often remained at the firm for less than six months. The employee selection process being used by the firm was resulting in large numbers of employees who did not possess the basic skills to perform the tasks expected of research associates, resulting in lower than expected productivity.

The study showed that employees who passed the test (ie who achieved a raw score of 28 or better) were 63% more productive than were employees who received failing scores. Specifically, employees with passing scores averaged a PR of 9.8, while those with failing scores averaged a PR of only 6.0. PR values reflected the average number of "credits" earned by a research associate in a week, where a credit is a metric the company uses to measure data-gathering productivity.

Additionally, it was determined that the validity coefficient between test scores and job performance was .26. 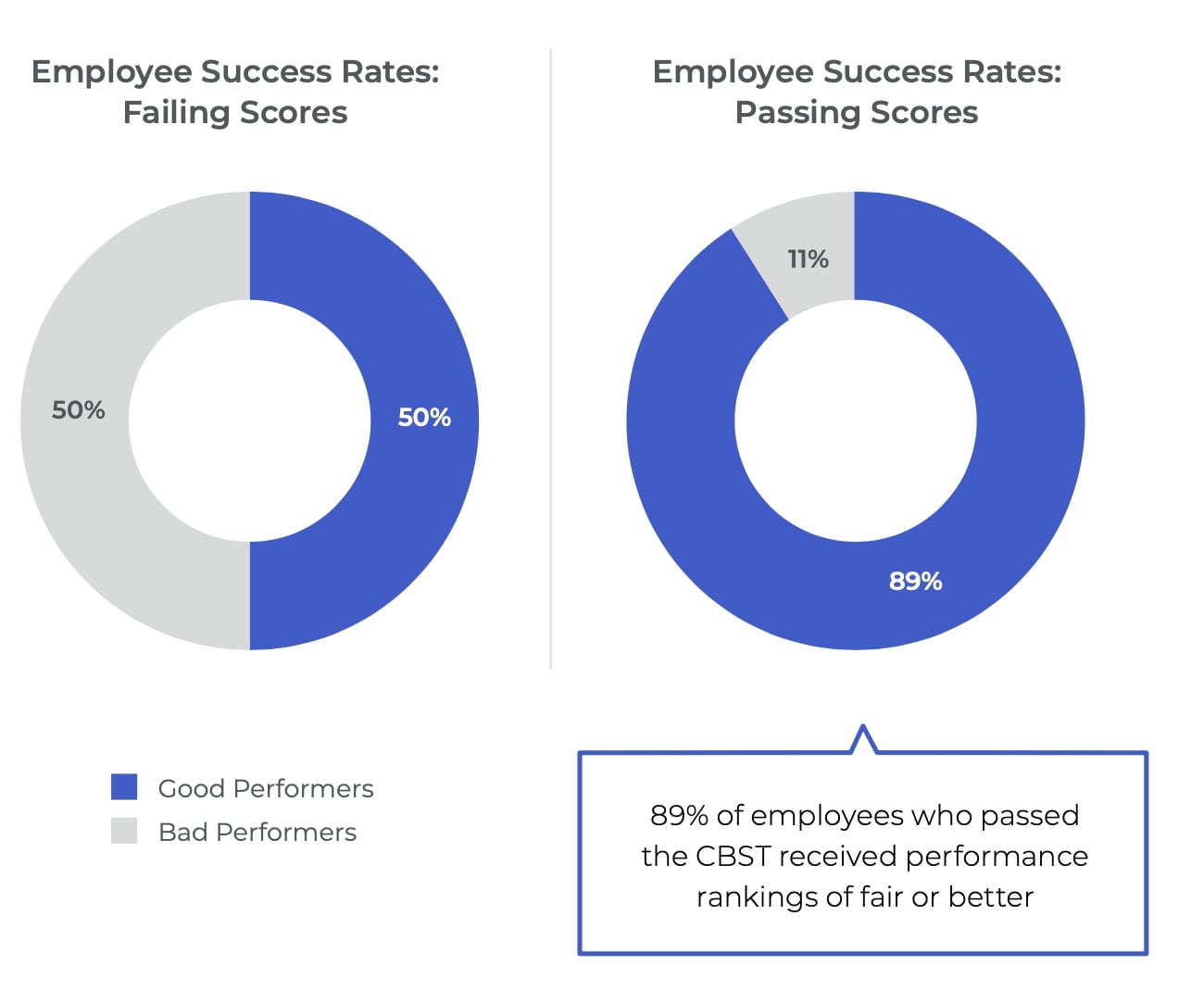