A leading retailer of western apparel wanted to improve the productivity of its sales associates across its 8 store locations.

The customer used Criteria to administer a basic skills test (the CBST) and a personality inventory (the CPI) to its existing sales force. Criteria then conducted a validation study comparing test scores to performance data provided by company management.

The study showed significant correlations between test performance and productivity (as measured by average sales per hour data compiled by company management.) For the CBST, the correlation between test performance and average hourly sales volume was .27. Additionally, sales associates who achieved passing scores on the test (ie those who achieved a raw score of 28 or better), averaged sales per hour of $98.02, vs $81.45 for those salespeople who failed the test. 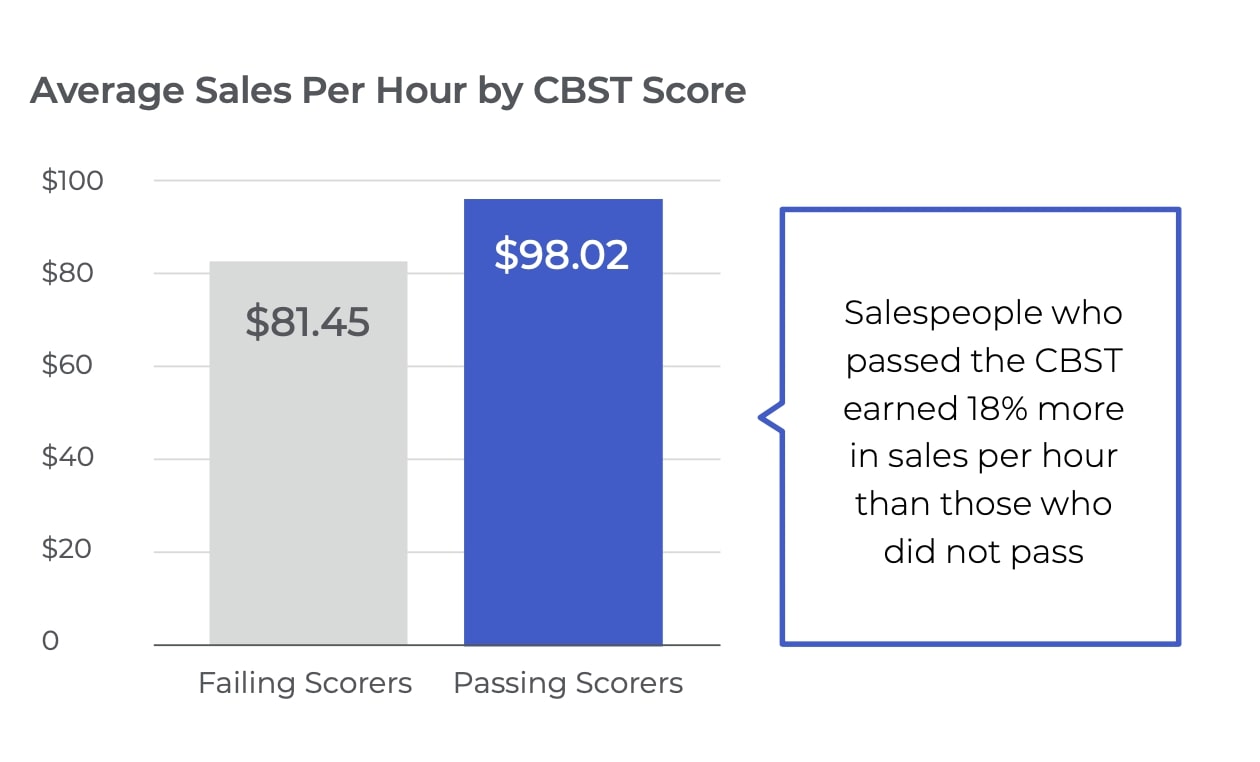 The CPI was an even better predictor of sales success. The validation study found that sales productivity was significantly correlated (.35) with the CPI's Extraversion rating (extraversion is the "Big Five" personality trait that is most clearly linked with sales success.) Top-scorers on the extraversion scale averaged $106.35 sales per hour, which represented 28% higher productivity than was achieved by the lowest-scoring group, which averaged only $83.27 sales per hour.

Most importantly, when used together, the CBST and the CPI's Extraversion rating proved to be very highly correlated with sales success. Collectively, the two tests proved to be a very accurate predictor (validity coefficient of .49) of performance for the customer's salespeople.