Agreeableness: The extent to which an individual values social harmony and getting along with others.

Conscientiousness: The extent to which an individual is responsible, organized, dependable and reliable.

Extroversion: The extent to which an individual is gregarious, assertive, and comfortable around others.

Openness: The extent to which an individual is imaginative and creative, as opposed to conventional.

Stress Tolerance: The extent to which an individual will remain even-tempered and calm, as opposed to reacting emotionally to negative events.

The CPI's scales measures for the "Big Five" personality traits have been shown to be closely correlated with other well-known measures of these same traits. For example, in a sample of 159 individuals who took both the CPI and the Sales Achievement Predictor (SalesAP), the observed correlation between the CPI's Extroversion rating and the SalesAP's Extroversion subscale was .51, and the correlation between Agreeableness and the SalesAP's Personal Diplomacy subscale was .55.

Scores for individual traits have also been shown to correlate strongly to job performance for positions in which these traits are considered assets. For example, in a sample of salespeople at a retail store with 8 locations (total sample size 37), there was a significant positive correlation of .35 between scores on the CPI's Extroversion scale and sales productivity (as measured by average sales per hour). Furthermore, top scorers on the Extroversion scale (75th - 99th percentile) produced average hourly sales rates of $106.35, whereas those scoring in the lowest range (1st - 25th percentile) averaged only $83.27 in hourly sales. 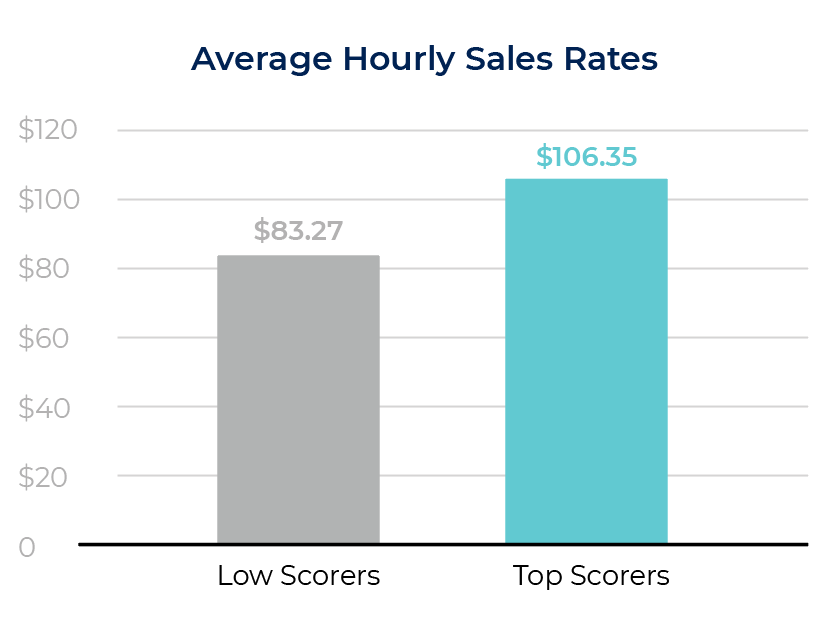 Norms for the Criteria Personality Inventory were developed using a sample of approximately 2,000 individuals. The sample was made up of adults aged 18 and older who were being assessed for employee selection purposes at over 75 companies in a wide variety of industries.