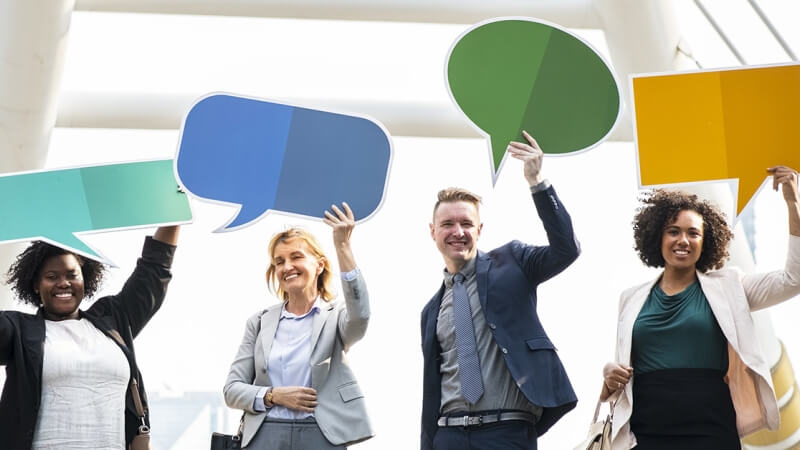 Employment personality tests are designed to measure personality traits that may be related to job performance. Most personality tests consist of a series of self-evaluative "prompts" and ask a test-taker to indicate the extent to which they agree or disagree with the statement. An example of a prompt might be "Meeting new people is enjoyable to me." There are no right or wrong answers to these questions, as the responses can be used to indicate behavioral tendencies that may or may not fit a particular job. For example, the prompt above might be one of many used to calculate an individual's "Extraversion" rating. A high score in Extraversion is not necessarily better than a low one, but an extraverted individual might be better suited for some jobs and less well-suited for others. A classic example is that highly extroverted individuals tend to perform better in sales jobs because not only are they more comfortable dealing with people, they are also better at initiating interactions. On the other hand, highly extroverted people might be less suited for jobs that require very little or even no social contact. They could potentially become bored or frustrated without social stimulation.

Professionally developed and validated employment personality tests attempt to measure constant, fixed "traits" thought to influence an individual's behavioral tendencies across a variety of contexts. The use of personality tests by companies during the hiring process has grown rapidly in recent years, with the dominant framework being the "Big Five." The Big Five are five dimensions of personality that seem to emerge consistently in empirical research: Agreeableness, Conscientiousness, Extraversion, Openness (to Experience) and Stability.

How are the Big Five used to help companies with their hiring process? I'll get into more details on the applied use of personality tests in my next post.

Josh Millet
Josh is the Founder and CEO of Criteria, a talent success company that helps organizations make more objective, evidence-based talent decisions that both reduce bias and drive outcomes. Prior to launching Criteria, Josh co-founded an online test preparation company, Number2.com, which was acquired by Xap Corp in 2002. Josh holds a Ph.D. in history from Harvard University, where he was a Fulbright Scholar and a Mellon Fellow.