The Universal Cognitive Aptitude Test (UCAT) is a pre-employment aptitude test that measures general aptitude, which includes the ability to solve problems, digest and apply information, learn new skills, and think critically. As a language-independent test, the UCAT does not test verbal ability, making it easily translatable and ideal for international use. The UCAT consists of 40 items with a 20 minute time limit.

2. How many of the four pictures in the left hand column are exactly the same as the corresponding picture in the right hand column? 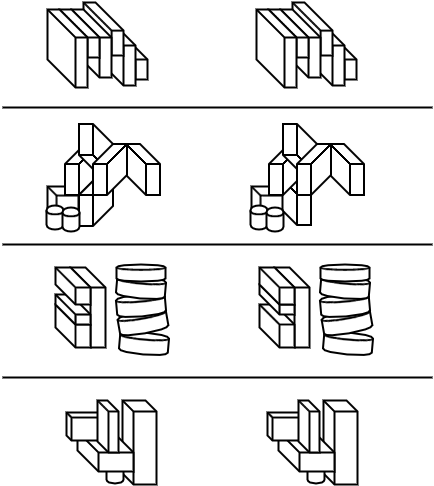 Construct Validity: The UCAT has been shown to be highly correlated with other leading measures of cognitive aptitude. For example, for a sample of 252 people who took the Criteria Cognitive Aptitude Test (CCAT) and the UCAT, there was a high (r=.80) correlation between the tests.