Unyson Logistics, a St. Louis-based transportation and logistics company, wanted to improve its hiring success rate by incorporating data-driven selection methodologies into its hiring process. The company specifically wanted to improve the hiring success rate for its Logistic Coordinators, who are responsible for working directly with customers to manage and optimize inbound and outbound shipment activities. The Logistics Coordinator position requires organizational skills, oral and written communication ability, problem-solving skills, and attention to detail. Using traditional hiring methods — job boards, resumes, and interviews — Unyson's hiring success rate was a respectable 65%. In other words, 65% of the Logistics Coordinators Unyson hired turned out to be “high performers,” while over a third of their hires turned out to be low performers on the job. This resulted in higher than desired turnover and training costs.

The data showed a strong, statistically significant correlation (r = 0.40, p < 0.01) between the CBST scores and performance rankings. Those who achieved the highest test scores were almost two and a half times more likely to be rated as high performers as were those who received low test scores (93% vs. 38%).

The analysis also demonstrated that Criteria's test was significantly more accurate at predicting employment success than the traditional hiring methodologies already in place at Unyson, including resumes and interviews. When the company based its hiring decisions solely on traditional hiring methods, it experienced a 65% hiring success rate. By including the CBST scores in the hiring process, however, the company would have increased the hiring success rate to 82%, because 82% of the candidates who achieved either medium or high scores on the CBST were judged to be high performers. In other words, incorporating the test into the employee selection methodology would decrease bad hires by 49%. 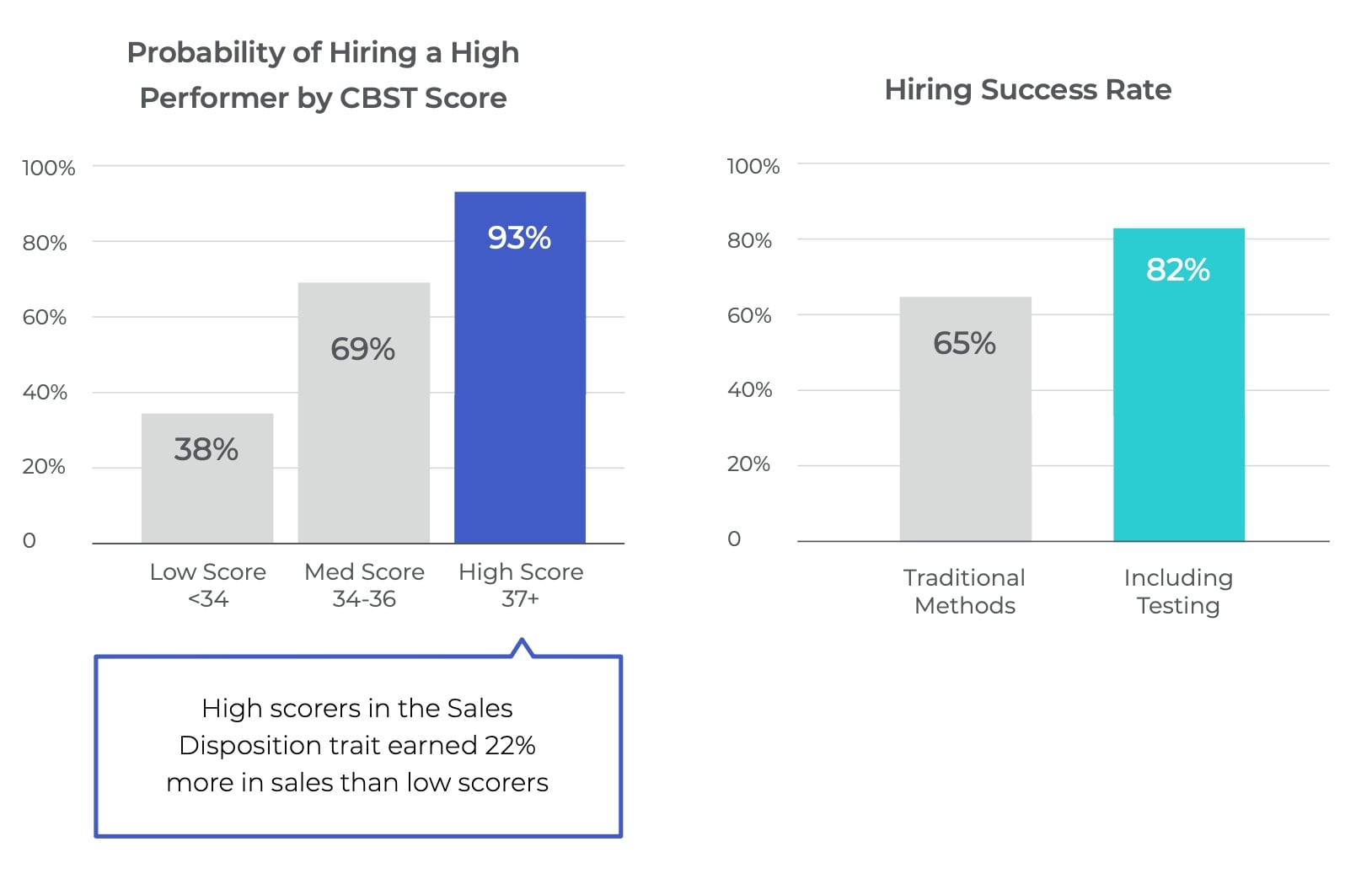