A digital media company wanted to grow their revenue by improving the performance of their sales team. Sales performance was measured in terms of annual bookings.

The company decided to administer the Criteria Cognitive Aptitude Test (CCAT) and the Employee Personality Profile (EPP) to all incoming candidates and current employees.

The CCAT is a cognitive ability test that measures critical thinking, problem solving, and the ability to learn new skills. The test provides an understanding of how capable employees will be at successfully fulfilling their job duties, as well as how trainable they may be. The company worked with Criteria Corp over several years to refine an appropriate baseline score for the CCAT.

The EPP is a general personality inventory that measures twelve key traits that provide insight into a person’s work style. The company decided to use the EPP’s benchmark for sales to assess how well each employee’s personality matches with the demands of a sales role.

Criteria Corp performed a local validity study on 179 of the company’s employees to determine whether the tests were predictive of sales performance.

Scores on both the CCAT and EPP proved to be highly correlated with job performance for the sales reps, as measured by annual bookings. In addition, employees who passed both of the tests earned significantly more in bookings than those who passed just one test, and even more than those who did not pass either test. 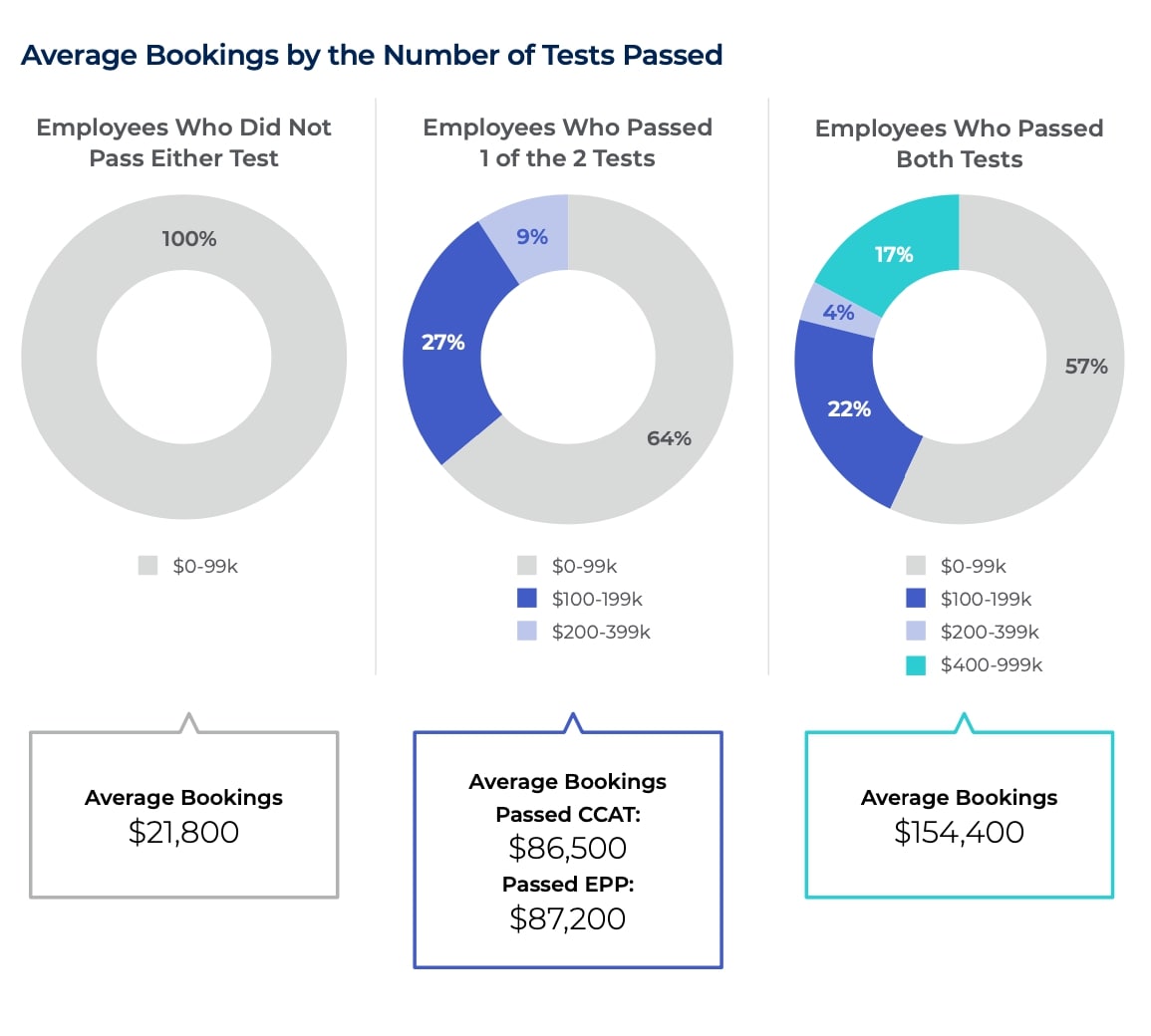 Even more dramatic, however, was the average sales generated by employees who had passed both tests: $154,400. In other words, employees who passed both assessments went on to earn 7x more in bookings than employees who did not pass either assessment. Combined, the CCAT and EPP provided insight that proved to be highly predictive of job performance.