A large, multinational technology company wanted to modernize and enhance its candidate experience in order to attract more candidates and to bolster its employer brand. In particular, the organization sought to replace its traditional assessment with a game-based assessment.

The organization partnered with Criteria to try out Cognify, one of Criteria’s game-based assessments. Cognify is a cognitive ability assessment that provides an engaging and immersive experience for candidates. The goal was to measure Cognify’s impact on candidate engagement compared to the traditional assessment. The organization also wanted to ensure that Cognify could accurately measure cognitive ability and predict job performance outcomes within the organization. To accomplish this, the study gathered job performance metrics in the form of manager ratings.

Over 220 employees from the United States, United Kingdom, and India participated in the study by completing both Cognify and the traditional cognitive ability assessment.

The organization’s primary goal for using Cognify was to enhance its employer brand while continuing to accurately measure cognitive ability. The study found that this goal was achieved. A significant relationship was found between Cognify scores and performance outcomes, and Cognify also led to a noticeable lift in the organization’s brand perception.

Based on a survey of employees who participated in the study, it was found that: 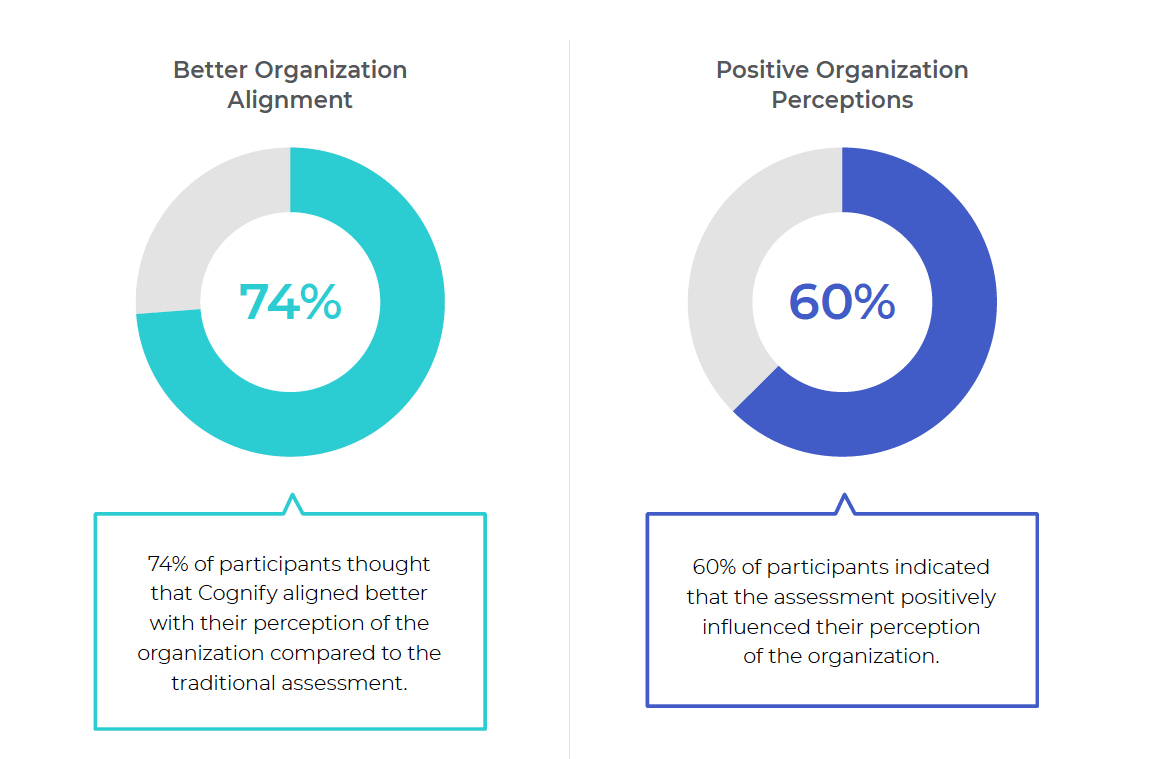