A national provider of installation and repair services wanted to cut turnover and increase the productivity of its 3000+ field service technicians who were charged with installing and repairing customers' equipment in the field.

The company used the Wiesen Test of Mechanical Aptitude (WTMA) to test a group of 142 incumbent Field Service Technicians. The employees' test scores were then compared to job performance data provided by management. Job performance was determined by ratings in five distinct categories, consisting of productivity and quality-of-work metrics that were combined into an overall score with a range of 5 to 15. 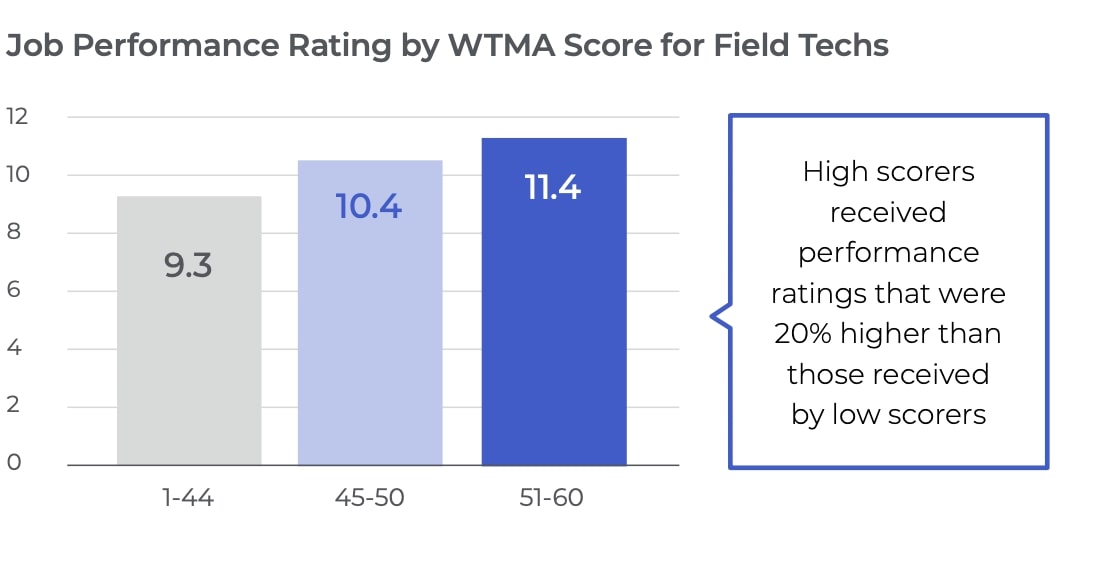 This performance gap corresponded to dramatic differences in key business metrics, as the highest-performing technicians had higher rates of customer satisfaction, lower return rates, faster job completion times, and fewer customer complaints. Based on these results, the company rolled out pre-employment testing on a nationwide basis, using the WTMA to screen all applicants for its Field Service Technician positions.