A manufacturer of biomedical products wanted to increase its overall productivity by incorporating pre-employment testing into its employee selection process.

The company administered the Criteria Basic Skills Test (CBST) to a sample of 52 of its manufacturing associates. Management assigned each employee an overall performance rating on a 5-point scale. The overall rating measured an employee's performance in several key areas, including overall productivity, attention to detail, and work habits. Performance ratings for these incumbent employees were then compared to their CBST scores. 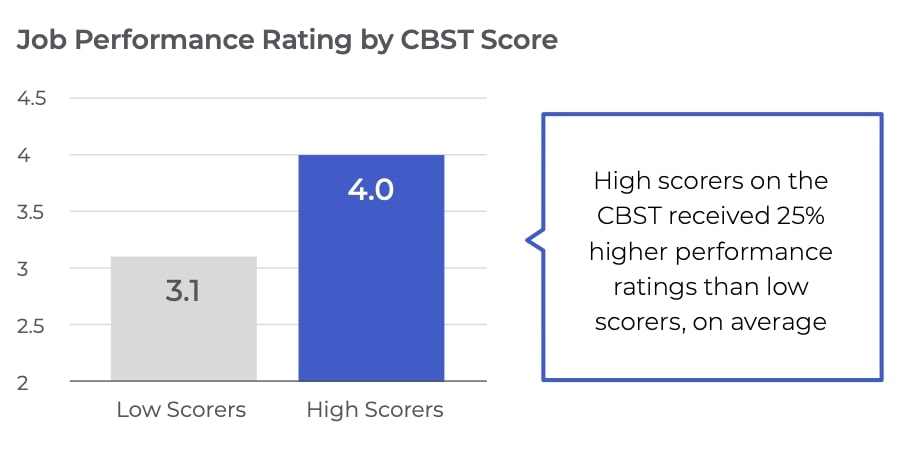 Based on the results of this pilot study, the company implemented the CBST as a selection measure for all of its manufacturing associates.