A major manufacturing company wanted to use pre-employment assessments in the hiring process to make better hiring decisions and to ultimately improve quality of hire. However, the company was concerned that adding assessments into the hiring process could lead to adverse impact that would make it difficult for the organization to achieve its goal of hiring a diverse workforce. The company was particularly interested in ensuring that the assessments would not lead to adverse impact against female and minority applicants. The ultimate goal was to validate that any assessments used would be able to successfully predict job performance without adverse impact, making it possible to hire a workforce that is both more diverse and higher performing.

The company partnered with Criteria to perform a study that would examine the ability for Criteria’s assessments to predict job performance while minimizing adverse impact for any subgroups. Two assessments were included in the study:

The manufacturer administered the two assessments to 519 of its existing machine operators and 136 of its distribution employees. The employees’ assessment results were then compared with several performance criteria that the company defined, including Average Tenure, Termination Rate, Disciplinary Action, and more.

The organization found that the two assessments were able to predict job performance without adverse impact between major subgroups, including sex, race, and age.

For machine operators, employees who passed the Criteria Basic Skills Test (CBST) accrued 17% greater tenure at the company than those who did not. 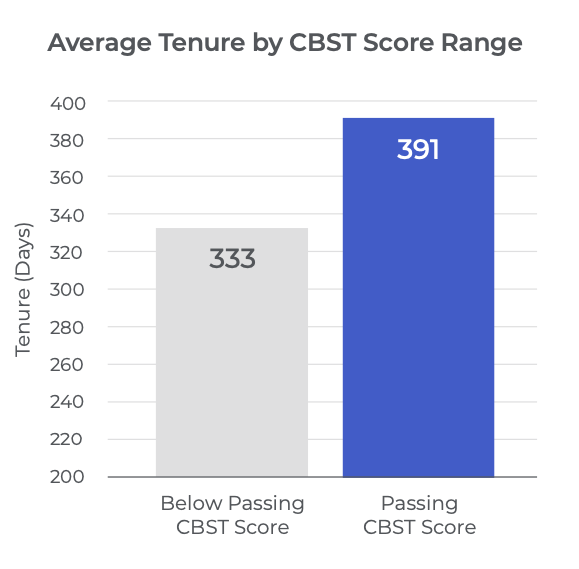 The results for distribution employees was even more dramatic. Those who passed the CBST were 53% less likely to turnover than those who did not pass the assessment. 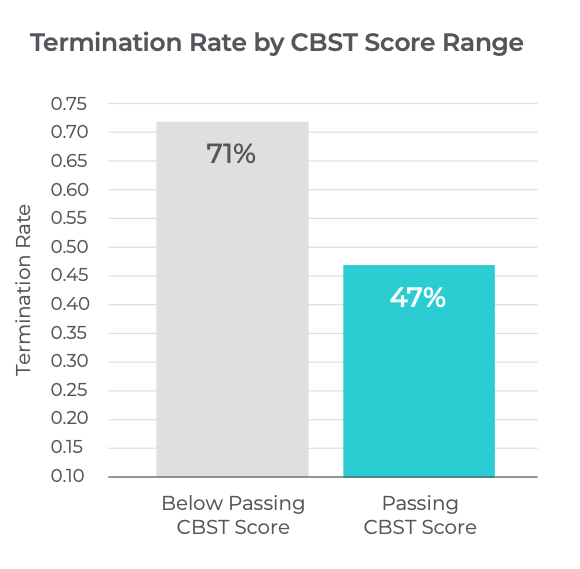 They were also 88% less likely to be involuntarily terminated, 43% less likely to receive disciplinary action, had 16% fewer recorded absences, and they also had 80% higher average tenure.

Machine operators who passed the WTMA accrued 2x fewer disciplinary actions on average than those who did not pass the test. 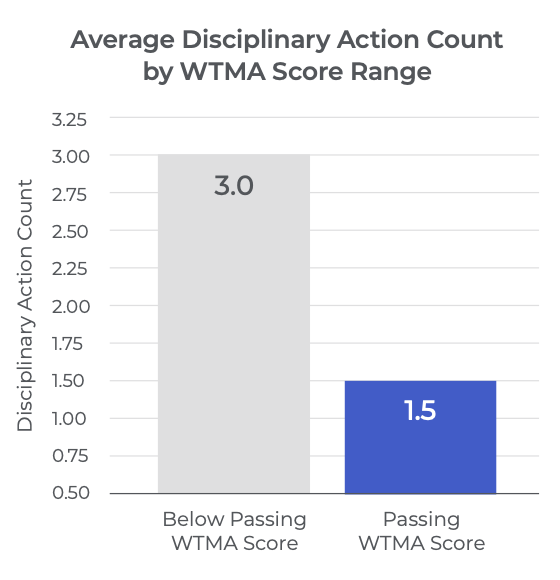 They were also 33% less likely to be voluntarily terminated and had 8% fewer recorded absences.

Distribution employees who passed the WTMA accrued almost 4x greater tenure on average than those who did not pass the test. 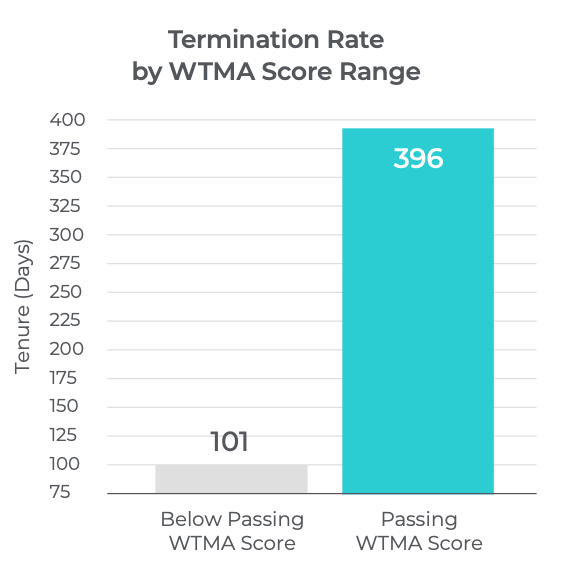 In summary, both assessments were able to successfully predict employee tenure, disciplinary actions, terminations, and attendance on the job. The study also found that subgroup pass rates for both assessments provided no evidence of adverse impact. As a result, the organization was able to use the assessments to make more objective hiring decisions in support of its goal to hire and retain a more diverse team.