An insurance company wanted to improve the accuracy of its employee selection methodology and reduce turnover by making fewer "bad hires." It therefore began using Criteria Corp's tests on all applicants and conducted a validity study to ensure the tests were accurately predicting performance.

Salespeople from the company were asked to take the Criteria Cognitive Aptitude Test (CCAT), and their test scores were compared to performance rankings provided by company management. In all, 62 salespeople took the CCAT. Management grouped employees into the following three performance categories: Top Producers, Average Performers, and Below Average.

62 of the company's salespeople took the CCAT. There was a strong positive correlation (.30) between an employee's CCAT score and their work performance rating, as measured by supervisory rating. Both CCAT scores (raw score and percentile ranking) exhibited identical .30 correlations with performance rankings. The correlation found here was statistically significant (p < .02), meaning that the positive relationship between CCAT scores and job performance for this sample is very unlikely to be a result of randomness.

The table below illustrates the benefits of using the CCAT as a selection methodology for the company's sales personnel. Of the group who scored below 20 on the CCAT, 14 (74%) were low performers; from the higher scoring group the percentage who became low performers was only 33%. Similarly, only 2 of 19 low scorers (11%) became top producers, whereas in the higher-scoring group 12 of 43 (28%) were top producers.

The pie charts represent the mix of hires from low and high scoring groups, and demonstrates the dramatic performance differences between those who failed and those who passed the CCAT.

By utilizing a cut-off score of 20 on the CCAT, the company was able to substantially increase its hiring success rate, both by decreasing the likelihood of hiring low performers and by hiring a greater percentage of salespeople who become top producers. 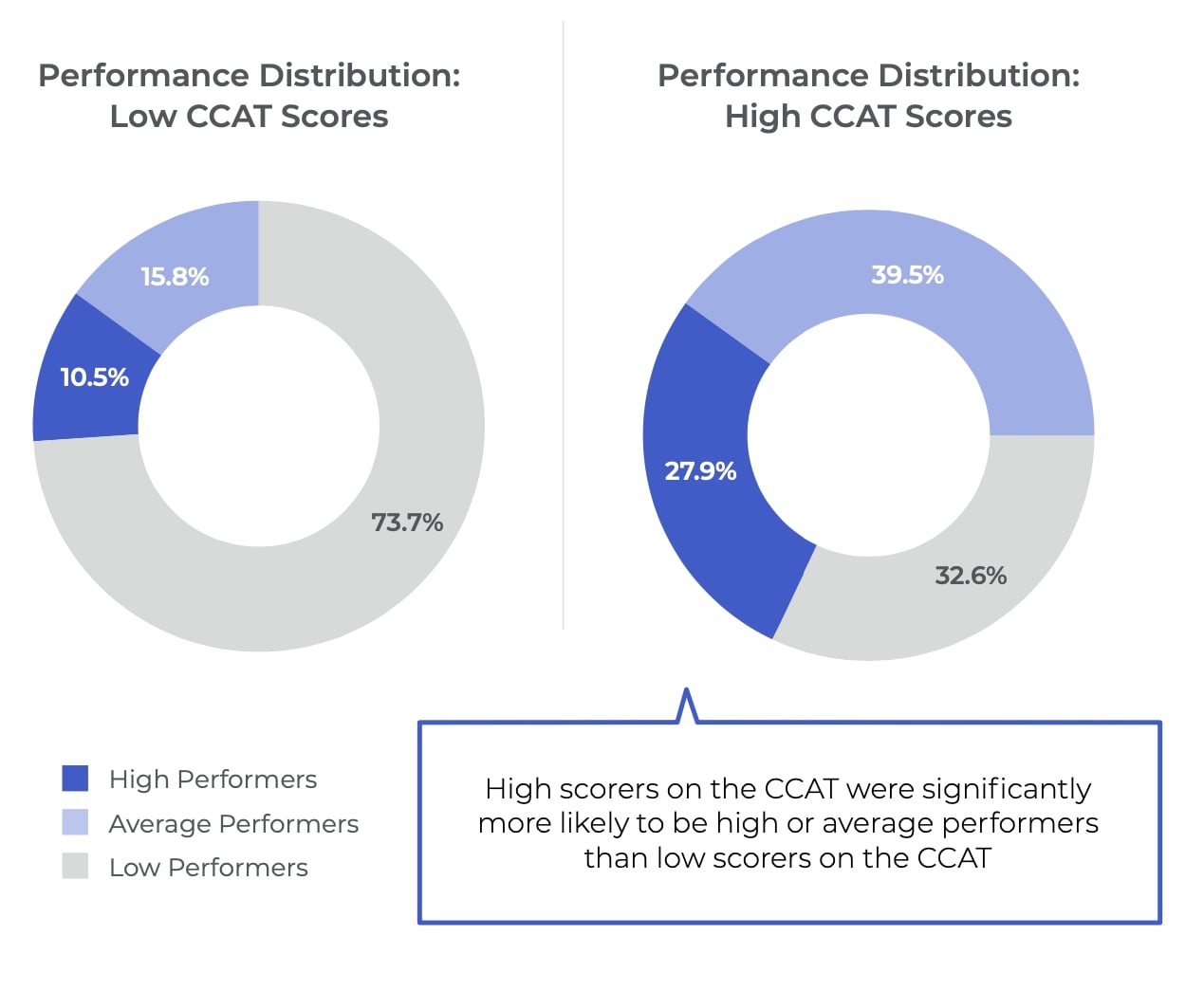