A major federal regulatory authority had been using the Workplace Alignment Assessment (WAA) for several years, to help them identify people who were more likely to be committed to the organization and stay for longer. They wanted to see what kind of impact the assessment was having on some of their key organizational outcomes, including job performance, tenure, and employee movement.

We analyzed the WAA scores of candidates who were subsequently hired and compared them with manager ratings of job performance, tenure data and an employee movement descriptor.

We identified direct relationships between employees' WAA scores and the outcomes we analyzed. 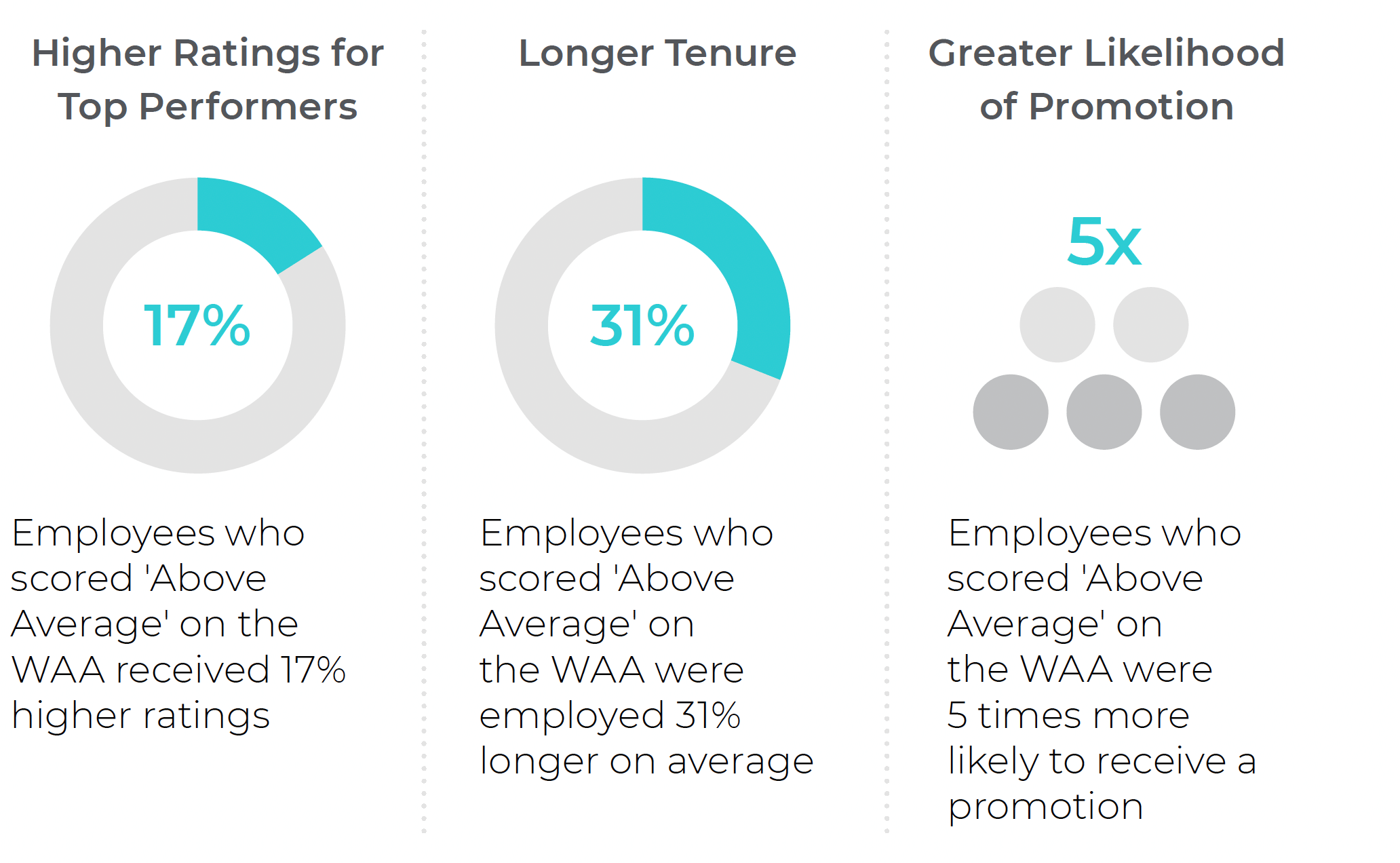 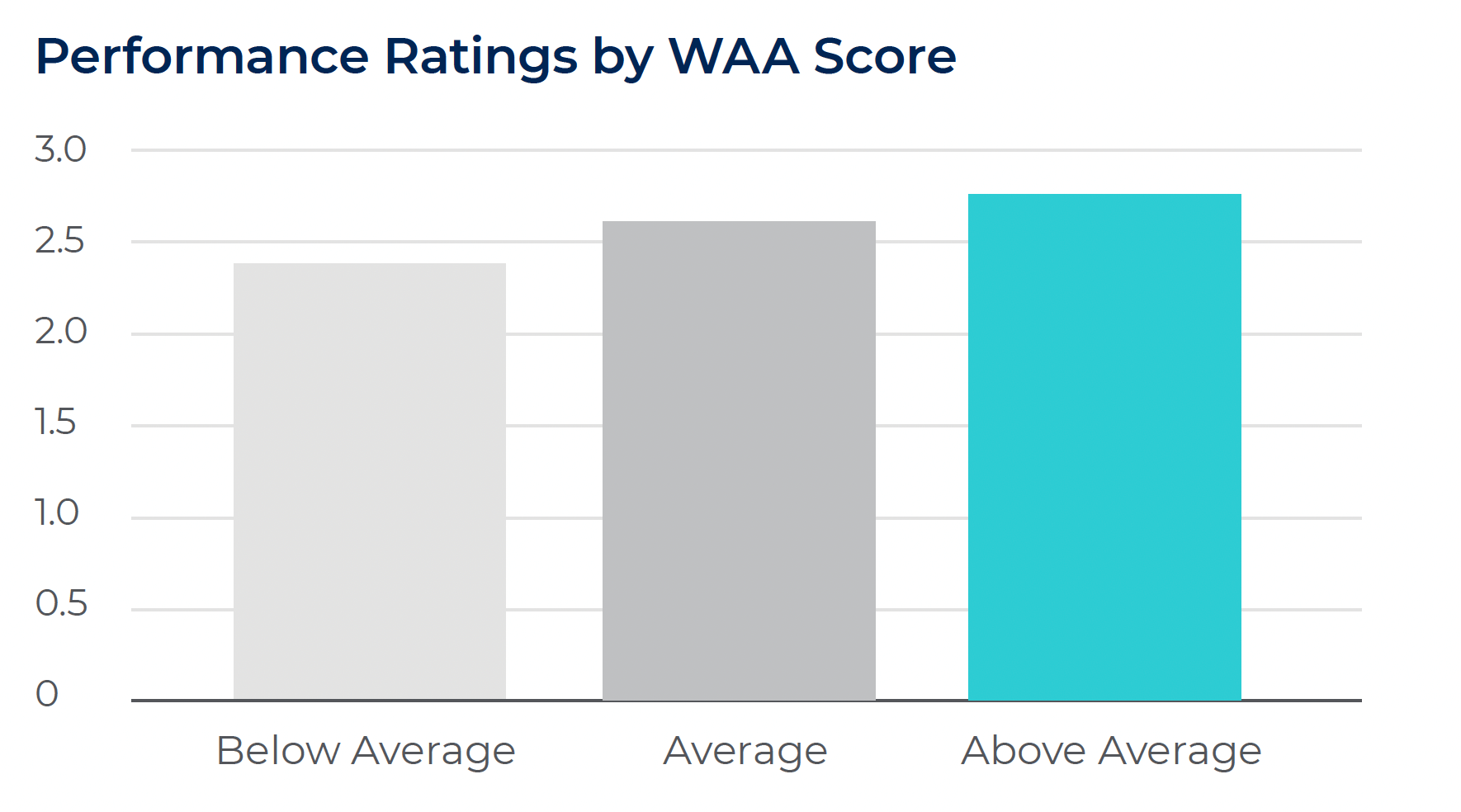 We compared WAA scores with "movement descriptors" such as promotion, resignation, dismissal etc. Those scoring "Above Average" on the WAA had an average of 1.0 positive movements (promotion or career progression), while those scoring "Below Average" achieved 0.2 positive movements. Employees with "Above Average" WAA scores were 5 times more likely to receive a promotion than those with "Below Average" scores. 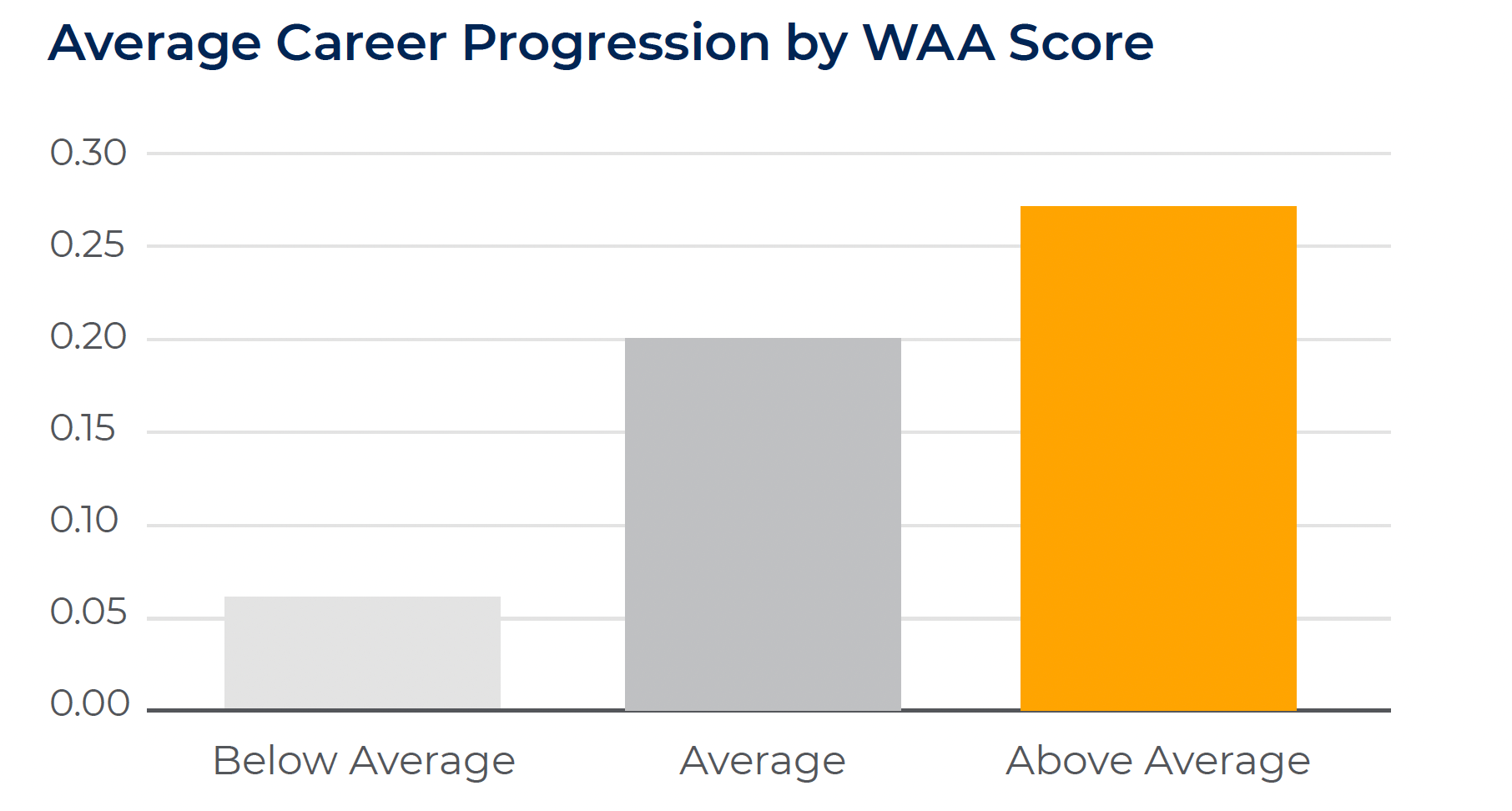