A provider of internet-based advertising services wanted to increase its hiring success rate for its 75-person inside sales staff, and to determine which psychological traits were most highly correlated with success in the inside sales position.

The company administered the Sales Achievement Predictor (SalesAP) to 58 of its existing salespeople, and Criteria performed a study that looked at the relationship between test scores and job performance. The metric used to measure job performance was sales volume data provided by the company's management. The study measured the predictive validity of the overall Sales AP score for the company's inside sales position, but also the correlation between individual personality traits and sales volume.

Overall test scores (i.e., whether candidates received a "Highly Recommended," "Basically Recommended" or "Not Recommended" score) exhibited a significant correlation with overall sales volume achieved. The correlation between the two variables was .18. The study showed, however, that two of the three "Sales Success" traits measured by the SalesAP proved to be an even stronger predictor of performance than was the Overall Recommendation. The strongest correlation was between Sales Disposition (SAL) and sales volume; the correlation coefficient was .28. This high predictive validity of the Sales Disposition score was reflected in the fact that the 39 people who scored 90 or above in SAL sold on average $15,689 more than the 19 individuals who scored less than 90. 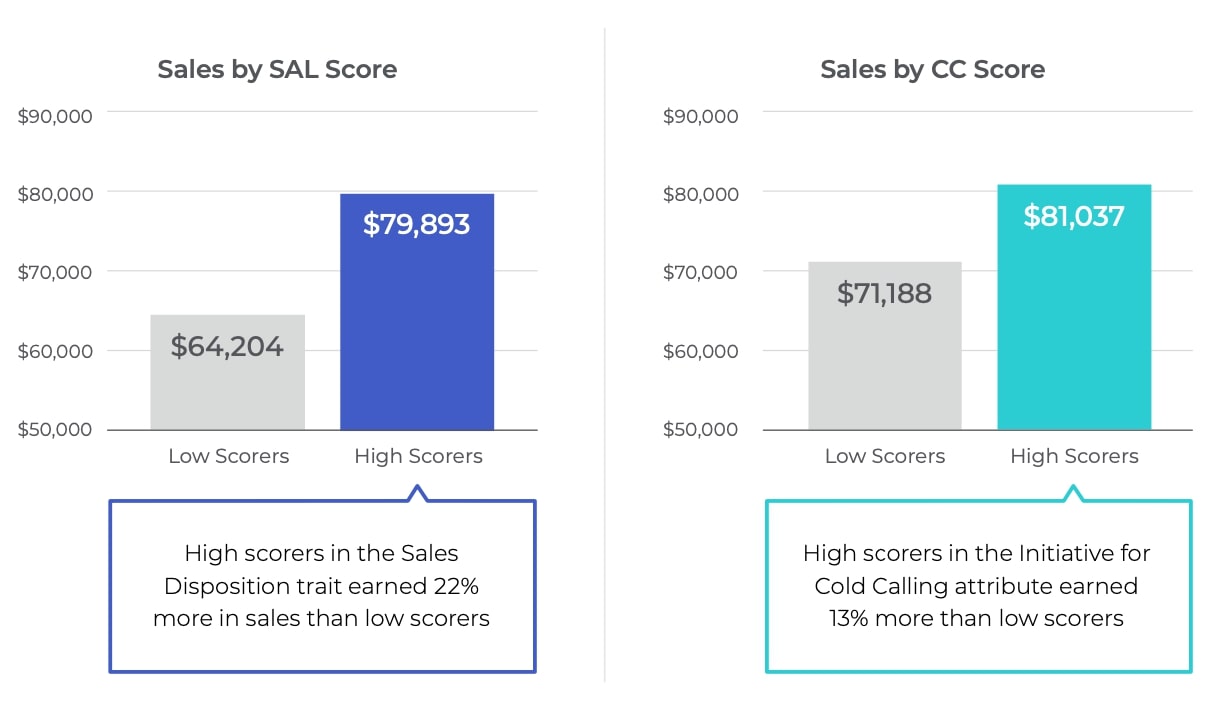 The table below shows all the correlations between various SalesAP traits and job performance at the company. Correlation coefficients are a measure of the strength of the relationship between two variables, and can range from -1.0 (perfect inverse correlation) to +1.0 (perfect positive correlation). 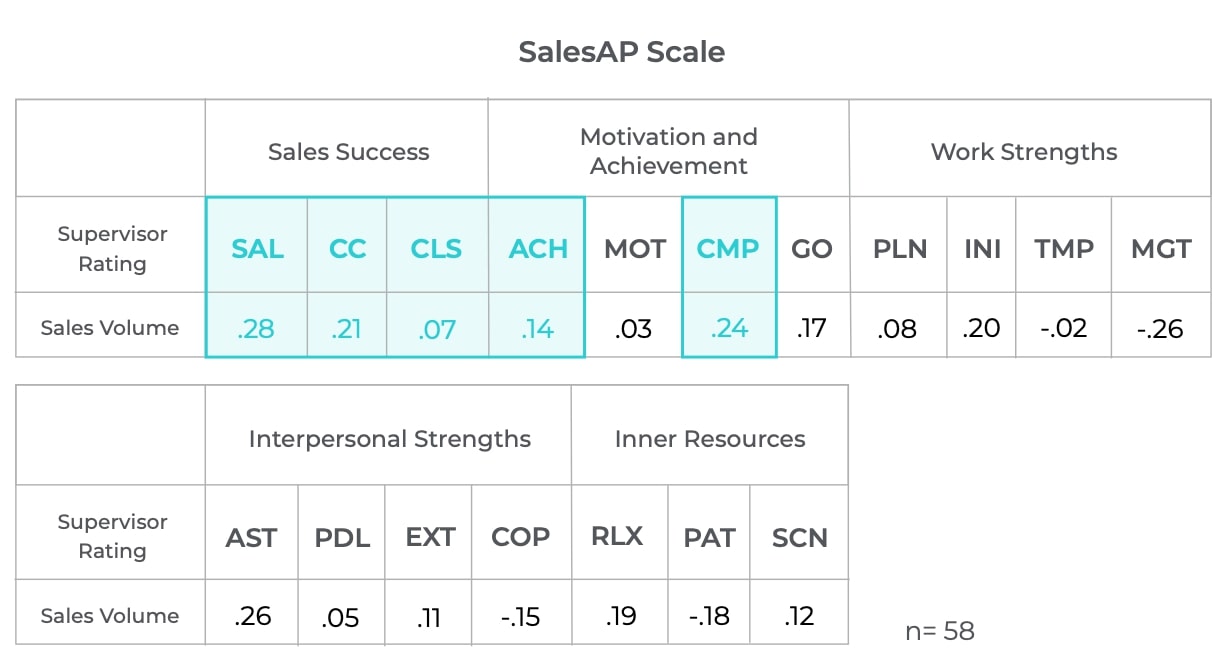 The predictive validity of the traits displayed in the table is similar to that found in other validity studies of the SalesAP, where certain traits (e.g., Competitiveness, Assertiveness) are strongly correlated with success in sales jobs, whereas others (e.g., Cooperativeness) can actually be inversely correlated with success in sales, because being too cooperative can be a liability in a sales setting.