The Computer Literacy and Internet Knowledge Test (CLIK) is an assessment of basic computer skills. It measures a person's proficiency with using Internet browsers and common desktop applications such as email and word processing programs. It is a 10-minute test consisting of two 3-minute task-oriented simulations, followed by ten multiple choice questions. Since it is designed as a test of the kind of basic computer literacy that is required in many work environments, it can be used for any position which requires basic computer skills, such as receptionists, customer service representatives, medical billers, data entry clerks, administrative assistants, and more.

The score reports also show each test item (simulation task or multiple choice question) and whether the test-taker answered it correctly.

Criterion Validity: The CLIK measures basic computer literacy, and as such has been shown to predict job readiness and in some cases overall job performance for a range of jobs for which basic computer skills are an essential job requirement. For example, for a sample of employees in clerical and administrative positions at a large employer, there was a strong correlation (.50) between CLIK scores and job performance, as measured by supervisory ratings. 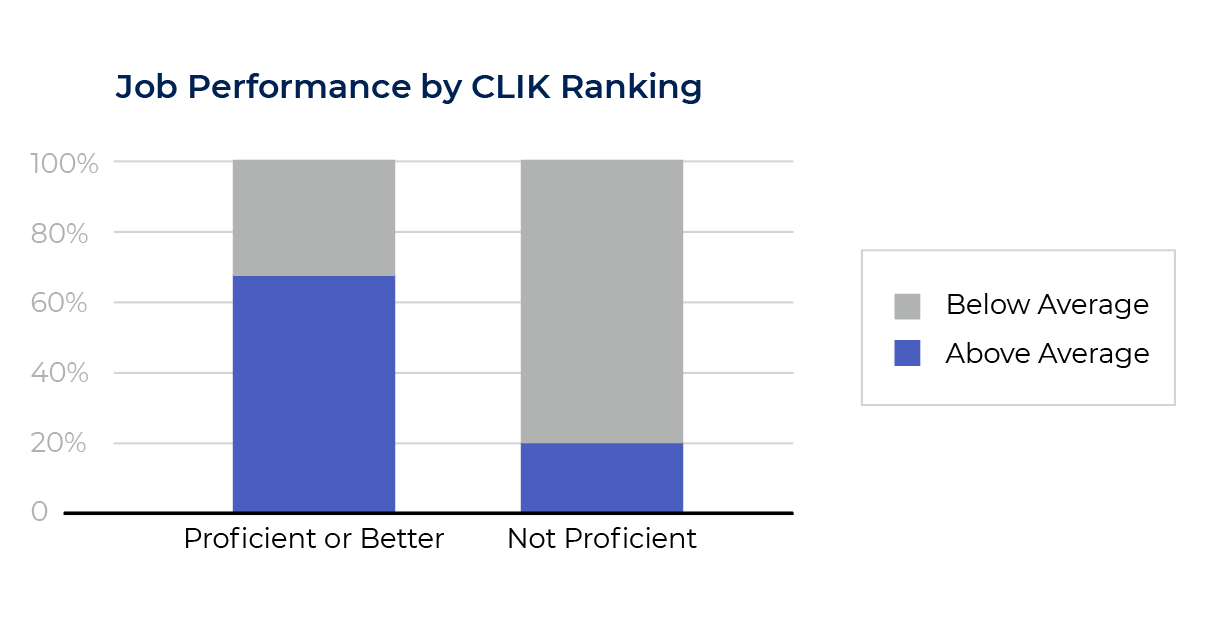 Norms for the CLIK were developed using a sample of 1,048 individuals. The sample was made up of working adults aged 18 and older. These individuals were applicants and incumbent employees from over 70 different companies. Positions in the sample included customer support representatives, medical billers, and clerical/administrative personnel. The mean score for the standardization sample is 16.14, the median score is 16, and the standard deviation is 3.38.